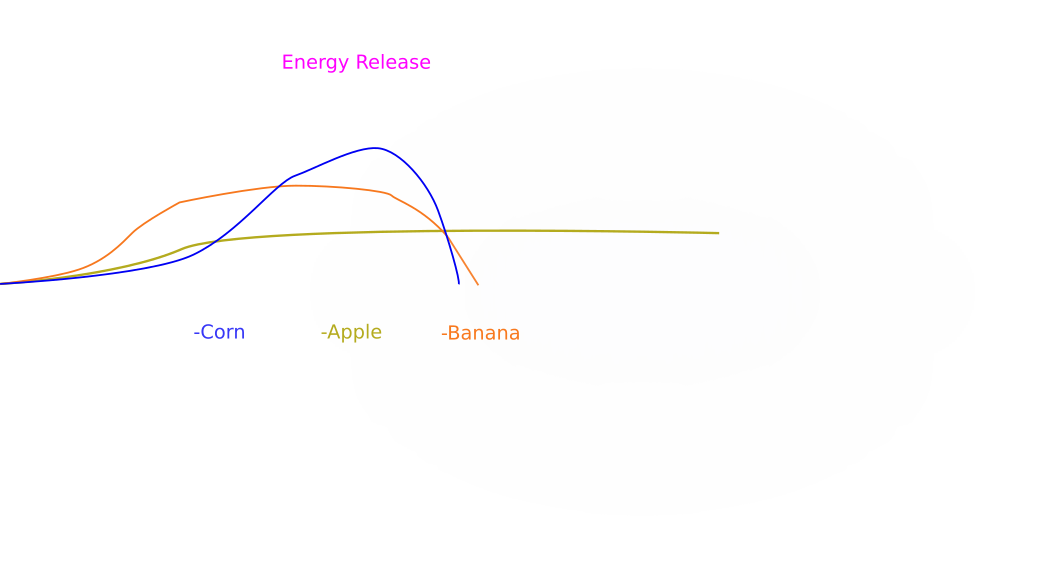 You may see some famous handlers giving snacks of small bits of apples when limbering for fight time, that is on the range of natural rest hours of our gamecocks before fighting, such as from dusk till dawn hours (even on the day).

This is a case where “because he is famous and winning more of his fights, you can now copy his way of doing things” is a mistake. Before copying another man’s work, you must know the reasons why he is doing such things and what is it for.

Apple gives a steady and slow release of sugar, fructose. Fructose is not the type of sugar the gamecock needed in fight time. It will take a great bunch of explanation why fructose is not what we need on fight time, it will be in a different article instead. Or you could search the mechanism of fructose, storage, convertion and other sugars as well specially glucose and other stuff about fructose.

Apple is claimed to be the best waking up material because it has no downtime compared to caffeine and other stimulants. And so are the other fruits, like banana, grapes, oranges etc. Simply the sugar fuels the brain, keeps it awake, just like what mentioned before apple gives a slow and steady supply of sugar (fructose).

If giving sugar is the reason why we are giving apples to the gamecock for the moment of an hour (or alittle less or even 3 hours) before fight time, apple is not the best material for our purpose. Banana and raisins will be better than apple for this purpose. Banana contains glucose, sucrose and fructose as well. Glucose is the very sugar we need for this moment. Also, Raisins has fructose and glucose which is better than the two. You can give another source of sugar better than apple.

At least the very benefit of apple on fight time is suppressing the hunger of the gamecock. But again if this is the reason why you want to give the gamecock/stag a snack of apple, there are lots of better material than apple (for the moment of fight time).

If replacing apple with banana, just make sure you moderate the moisture of the snack. Banana is best given overripe but it is moist than apple. Mix banana with raisin, or with other material that could neutralize the moisture.

Honestly, a long time ago we even juice apples for our gamecocks. lol… This is because of the idea that it keeps the mind awake, sharp and it has no downtime compared to caffeine. And later we discovered that it’s just because of the slow release of sugar (we don’t want a slow release of sugar comes fight time, we want the gamefowl bursting with energy), and there are better materials for fight time.

About The Total Gamefowl

is a team of talented and passionate people. Collaborated and united to form their best and optimized standard principles and methodologies regarding current and future gamefowl arts and disciplines.

Antibiotics on the Ready-to-Fight Gamefowls

Antibiotics carries water. So if the antibiotics isn’t withdrawn on the time of pointing. Basing the body moisture of the gamefowl on the droppings…

In scientific fields, ie zoology, psychology and other scientific disciplines, the term “conditioning” refers to the learning process of intelligent […]

The Hot Summer for Gamefowls

For the hot summer… Gamefowls are now on exposed to a dangerous weather…serious effects to gamefowls including… Management..

… copy his way of doing things” is a mistake…apple is not the best material for the purpose… we don’t want a slow release of sugar comes fight time..

Antibiotics on the Ready-to-Fight Gamefowls

Antibiotics carries water. So if the antibiotics isn’t withdrawn on the time of pointing. Basing the body moisture of the gamefowl on the droppings…